February Twelfth.
Like a little kid on her birthday, I woke up way too early and way too excited, ready to explore Oman’s dirt roads. Some final packing puzzles, enjoying that one last shower, and off I went! *Olé*

What preceded …
Offroad Oman, the book in the vicinity of the till in every Oman bookstore. The book that seduces you in no time with its beautiful pictures and inspiring maps. The book that shouts: “Buy me!”. *Cha ching* 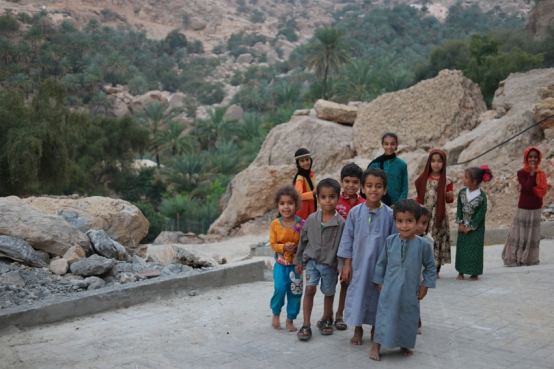 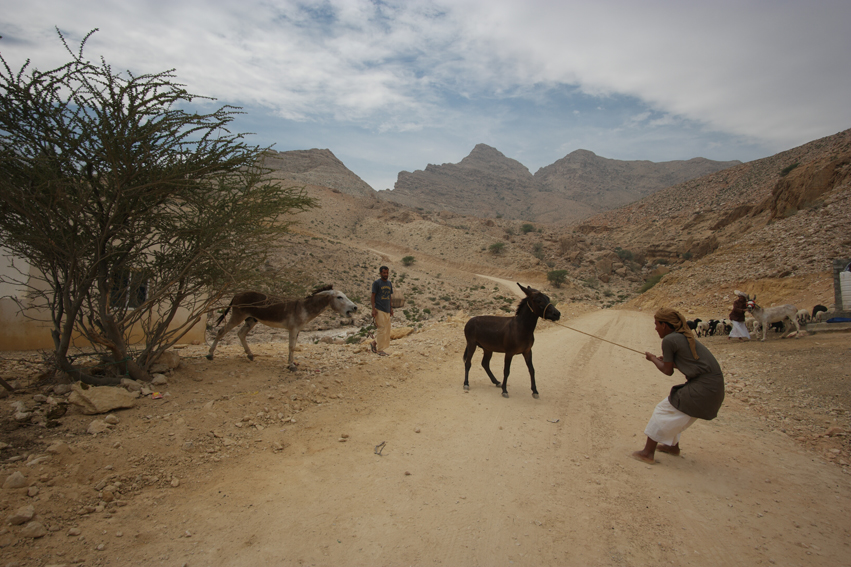 Offroad Oman, the book that called to me from the table at the Mortelmans, an extremely hospitable and sympathetic expat family in Muscat, Oman’s capital. The family where I didn’t spend just one night, but two, uh, what did I say, twelve nights. The family who also organised a barbeque for my project, who took me to a fancy Indian restaurant and with whom I spent a wonderful day on one of the idyllic Damaniyat islands. *Wow*

It was not only that book, a real bed and a glass of cool wine that put a twinkle in my eyes, but also the new bike that awaited me. The bike that will take me bikepacking to Taiwan over the next fourteen months.

It turned out Oman was one big, beautiful playground!
I swung between palm trees and refreshing wadis. I drove up mountains and down. I cycled from Wadi Fins over the Hagar mountains to the Salma plateau and slid into a large sandbox, into Sharqiya Sands. 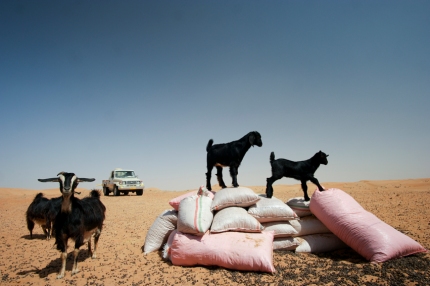 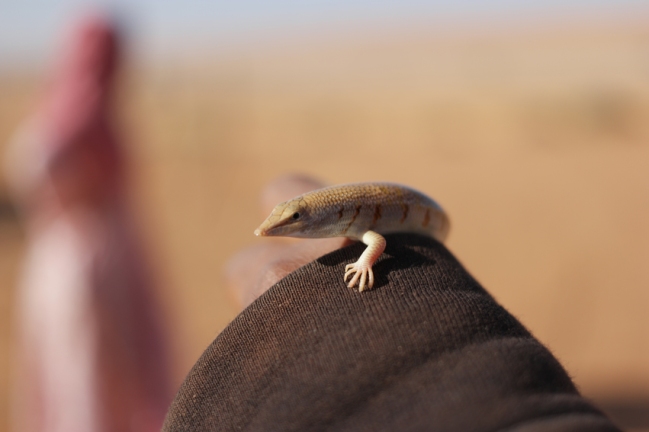 In that desert, I got to know Bader, a Bedouin in heart and soul, a man of the desert. His brother Mohammed invited me, and I was allowed to stay in their Bedouin house. A house just for me. The next morning Bader came back from the souq with a sad look on his face. He had only sold one goat instead of three. Hard times! The Bedouin house offers numerous tourist opportunities, and so in the evening, while sitting around the campfire, I mentioned this to Bader. He agreed and loved the idea but did not know where to start. In the following days, I took pictures and installed myself with a computer and slow internet. A website and Facebook page were born. The brand new daddy and baby are doing well and are looking forward to your visit! 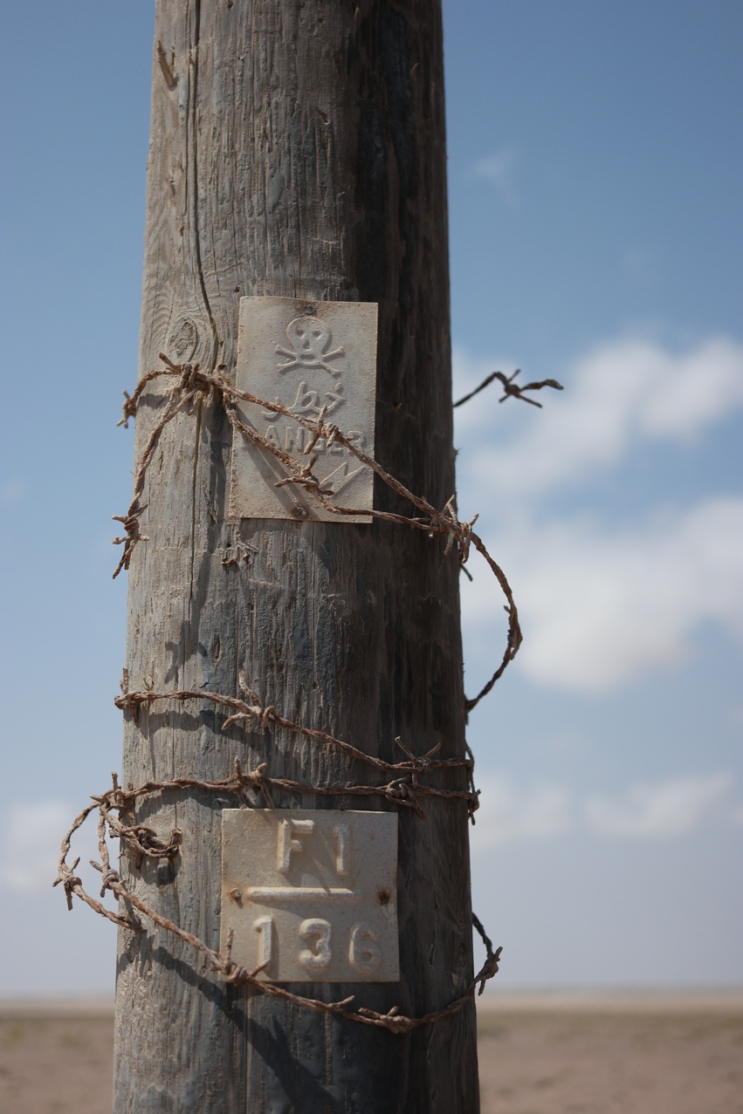 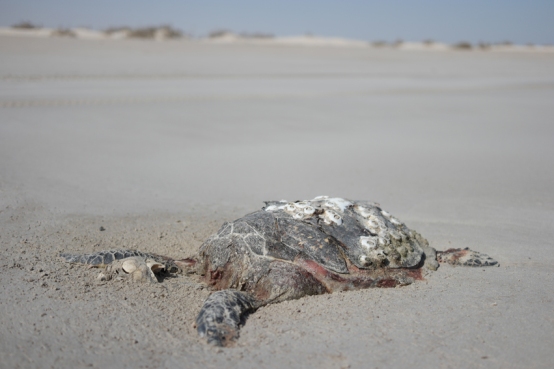 I rode further along the coast, headed south, towards Salalah. Now on dirt road, then again on paved. I swam with dolphins and had a picnic with camels. I cycled between goats and dined with mosquitoes. I camped with scorpions and was awoken by Oman’s loyal companion Lola, the sun. 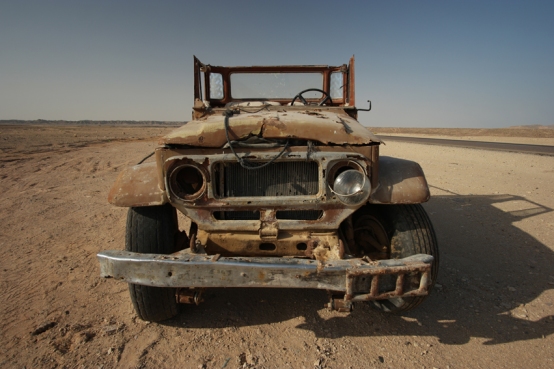 The sun that shone with its 35 degree heat, giving me the gift of a sunstroke.
On I went through deserted dunes, needing water.
It was Friday evening. Expats in overloaded jeeps sought refreshment at the coast, and luckily I bumped into an international group of people including Cédric, a Belgian, and his family. After some chatting, I received not only water, but money as well. “For your project Trien,” he said. I could hardly believe it. We barely knew each other and yet there was instant trust. Unforgettable! Back at my bike, a flat tire caused me to spend the night with this kind group. The next day I remained in pause mode.
That night, the sun disappeared behind the horizon and beer and barbeque appeared. *Tadaa and yihaa* 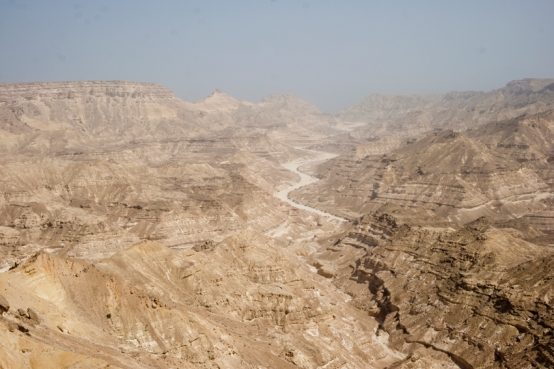 A few days later I found myself hitchhiking alongside the road. As the expiration date of my visa approached, the hundreds of kilometres to Salalah couldn’t be made just by cycling. It was not only friendly Omani’s in crisp white dishdashas who offered me a lift. Egyptian expats also wanted to help a lonely cyclist. 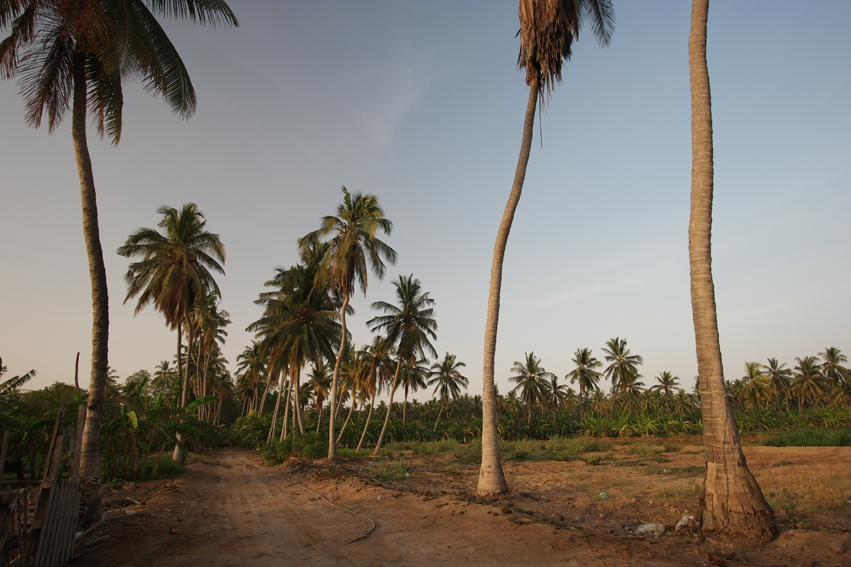 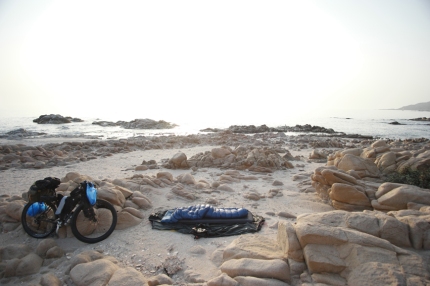 In Oman, Indians, Pakistanis and Bengalis colour the street scene, as 40% of its population are expats. The aroma of chapati and dal or rice and curry fill the coffee shops. For a steal, India stuffed my stomach. *Burp*

It took me from Oman to the Emirates and back to finish my ride through the land of wadi’s, camels, Bedouins and mountains. After three months in Oman, I left behind not only my heart, but also new friends, far too many flat tires, and an inconceivable amount of sweat. *Phew* 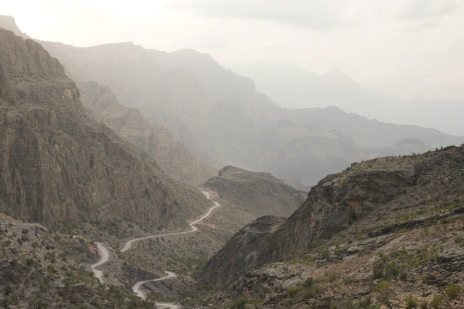 —
In the meantime, Bader has adapted the website to his own taste and added his own pictures.