“After October fifteen, the government is no longer responsible for what can happen on the road to Chandra Tal. This is because of the extremely cold climate and unexpectedly heavy snowfalls. Tent camps have broken up. No one is there anymore.” 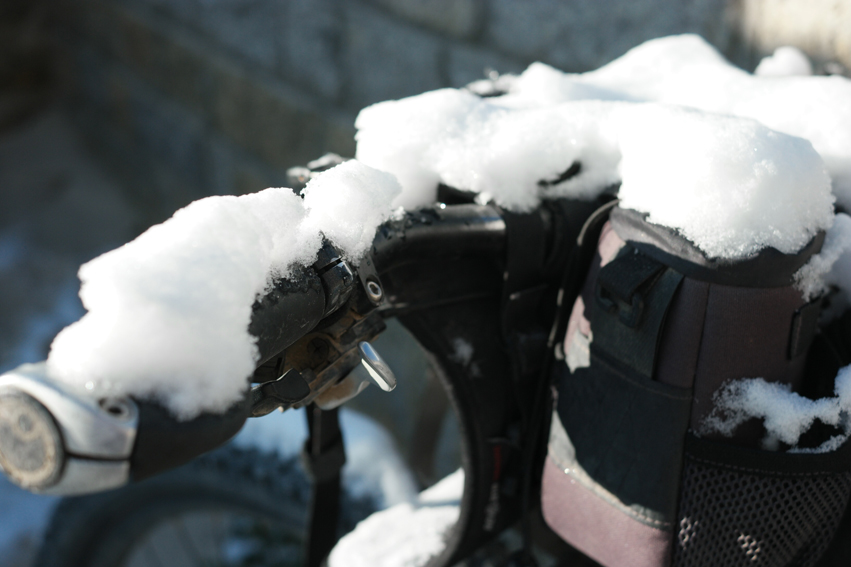 That’s what I was told by two young Indian guys riding on a Royal Enfield, a beautiful vintage Indian motorbike. They tried to change my plans of taking the side road to the 4300-meter Chandra Tal Lake.

It was October twenty-one, around eight in the morning, when I shook the snow off my tent. It was hiding from the wind between remaining walls of what had once been a dhaba (roadside restaurant).
One hundred meters away, abandoned houses in a small, dilapidated ghost village, blew their last breath. I had searched this village in vain the previous afternoon trying to find a suitable place to sleep. One that could protect me from the threatening snow clouds. 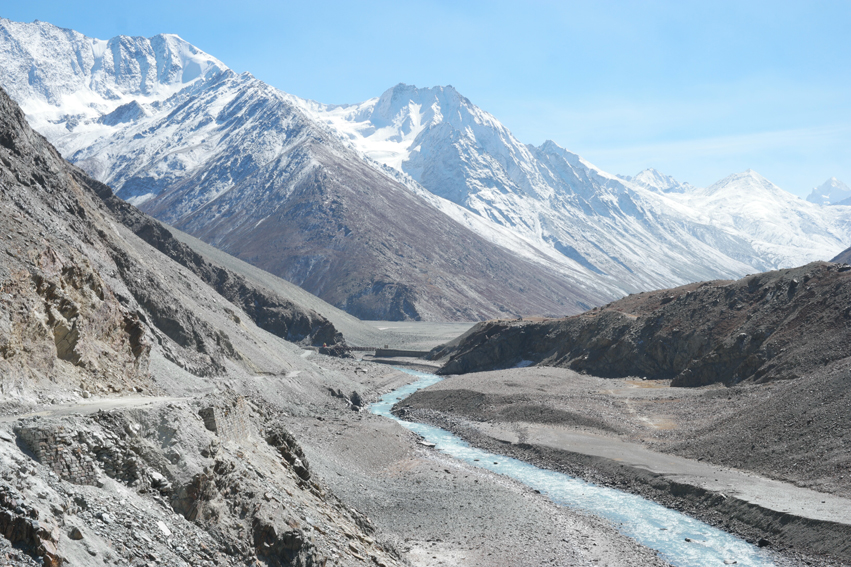 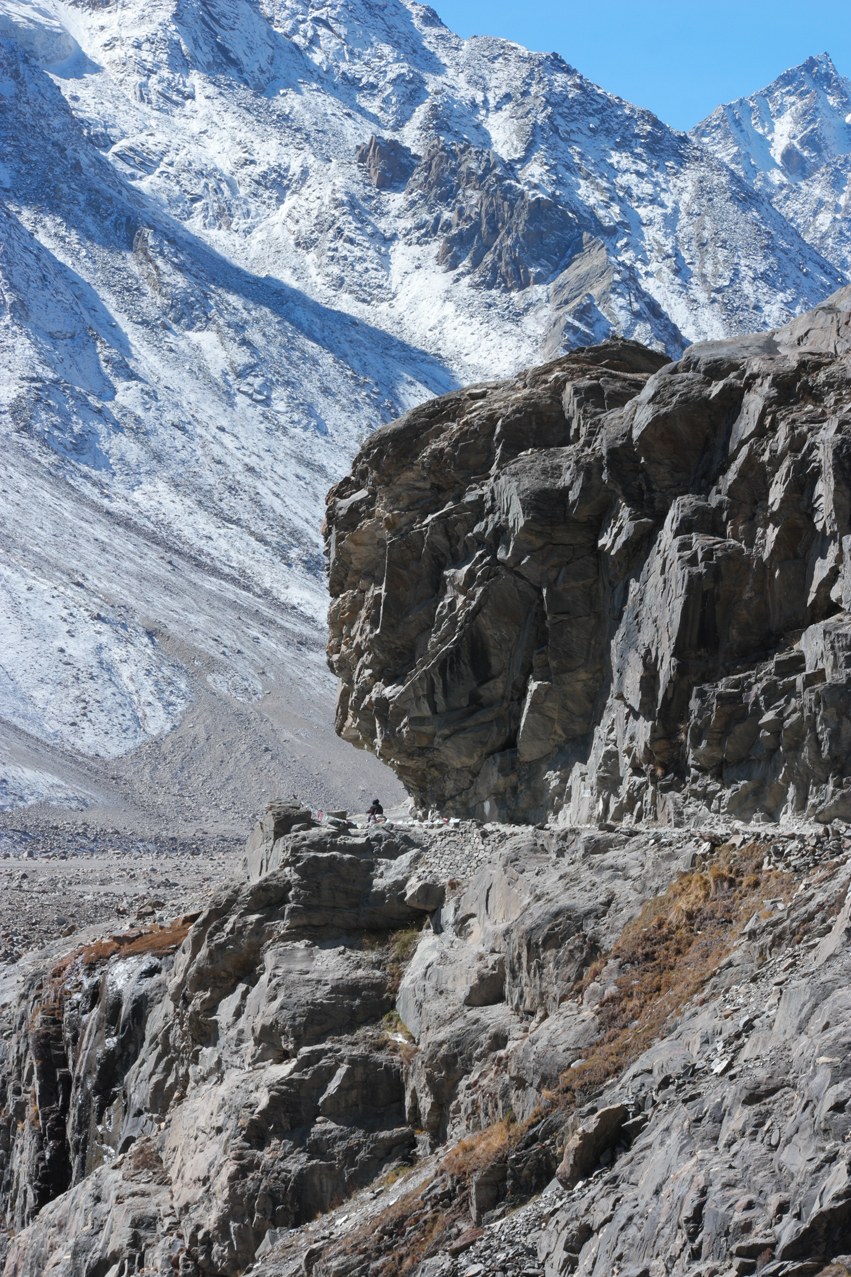 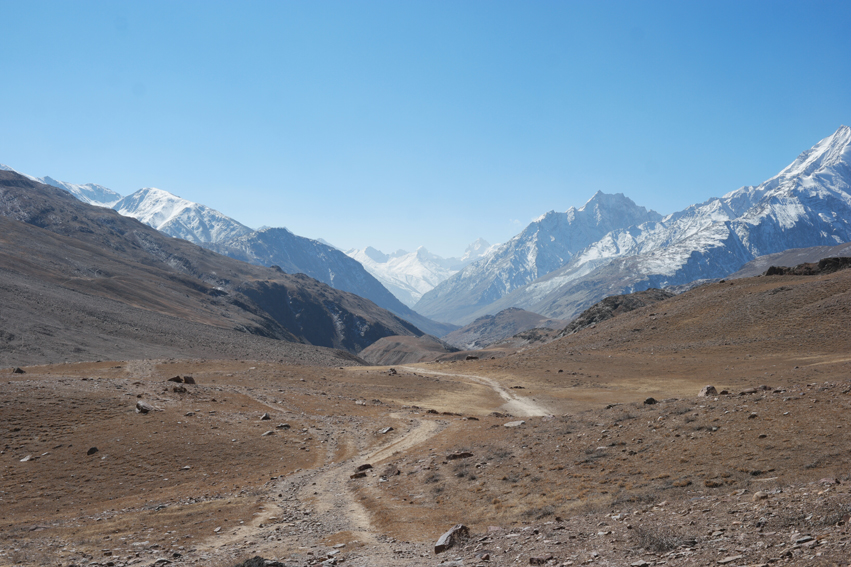 The two Indian motorcyclists searched and found. The previous night they were cosily sitting around a campfire in one of the abandoned houses.
Whilst in comparison, my ignorant self only a small distance away, wearing all my clothes inside my tightly closed sleeping bag – trying desperately to focus my mind on imagining sunshine soaked bikini weather, sweating and melting away in saunas. Meanwhile, the snow surrounding tried its best to turn my tent into an igloo. 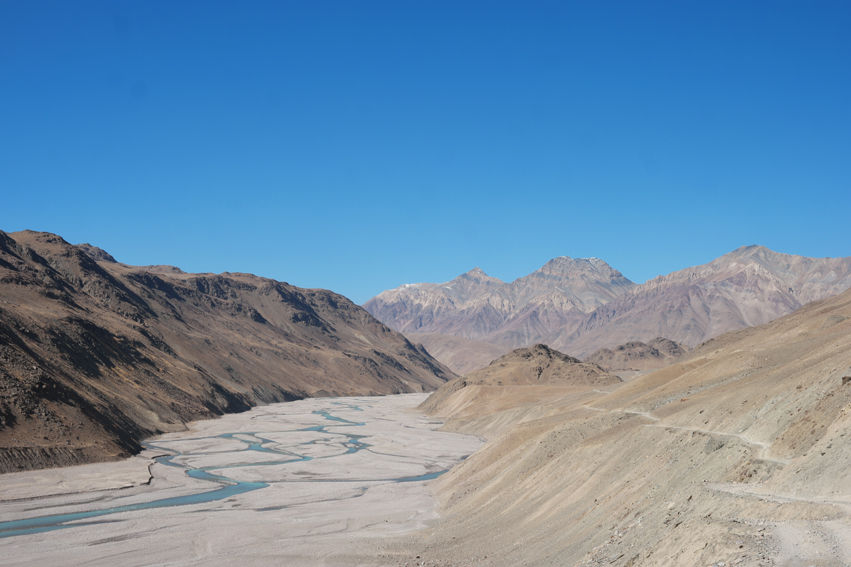 It was these two young Indians who gave me some energy bars around eight the next morning. They soon understood that the offered sugar supply was more welcomed than their wise advice regarding the road to Chandra Tal. 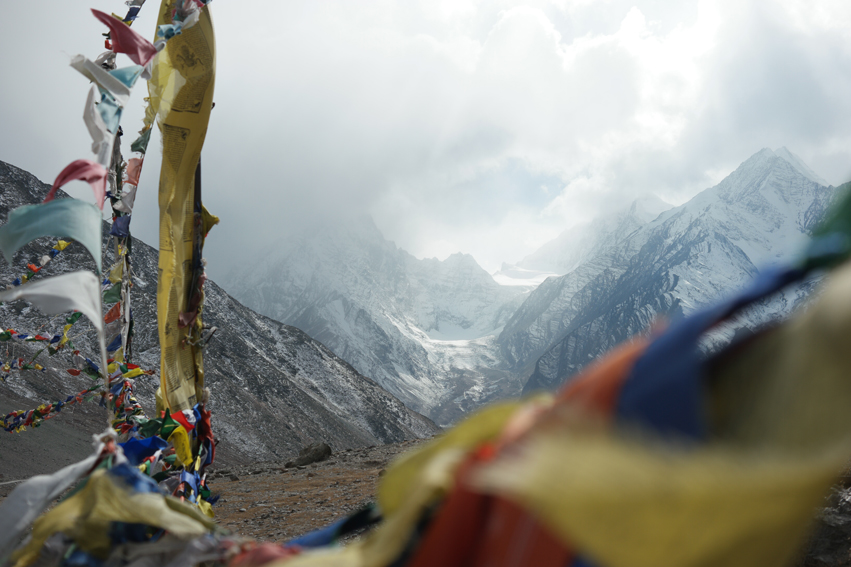 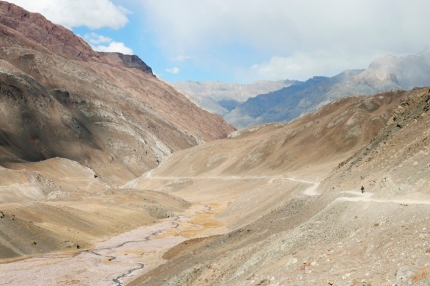 I left their wise words in the dhaba. I regarded their energy bar as good dessert to my breakfast. The side road to the promising lake became a delicious lunch. The road was dazzling! Twisting its way between meter-high shades of brown, purple and black. Beautiful dirt along a lower river, which, just like me, was winding its way, as the water and myself were getting gradually higher. Higher to a dinner stuffed with good feelings to camp alone in the midst of so much natural beauty, towards cooking up bites of pure pleasure. 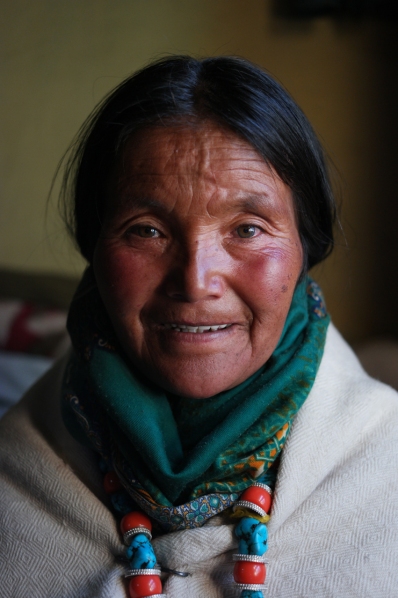 Just before a last short and steep climb, I found a young motorcyclist waiting on the road for me. He was questioning my plans of camping at the lakeside and had a forceful approach of trying to join me. “Because the tent camps have broken up. No one is there anymore”, he anxiously said. 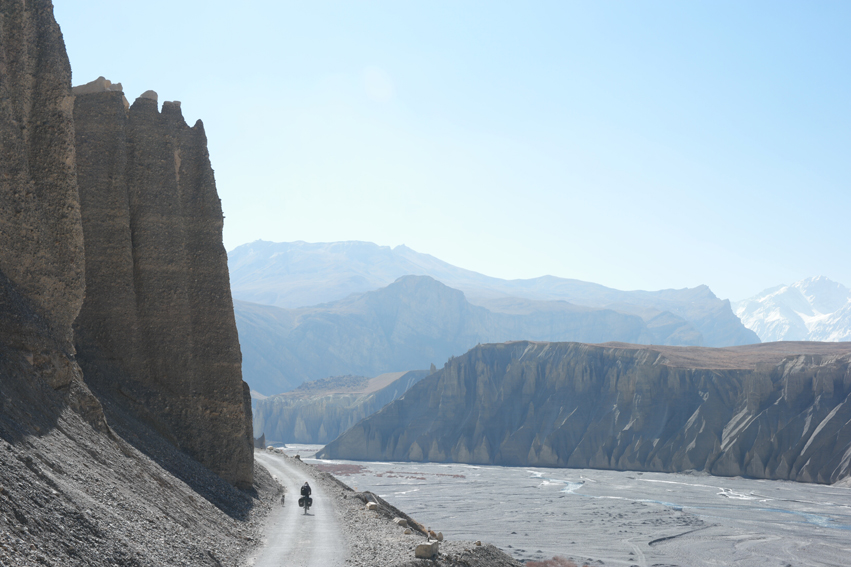 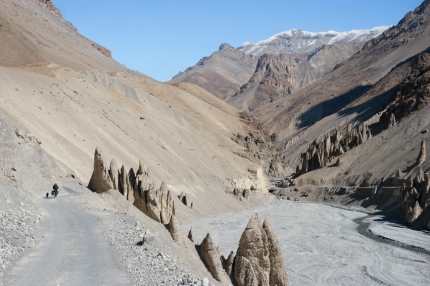 It was there, near Chandra Tal, my expectations and hopes of camping in quiet solitude were completely shattered in that exact moment.
“Um, I’m not sure, it depends on how the terrain is, whether I find a suitable place and what the conditions are like. I may camp by the lake or a few kilometers back. I’ve already seen beautiful places. I may even head back to the main road. I just don’t know, I can’t guarantee anything yet”. 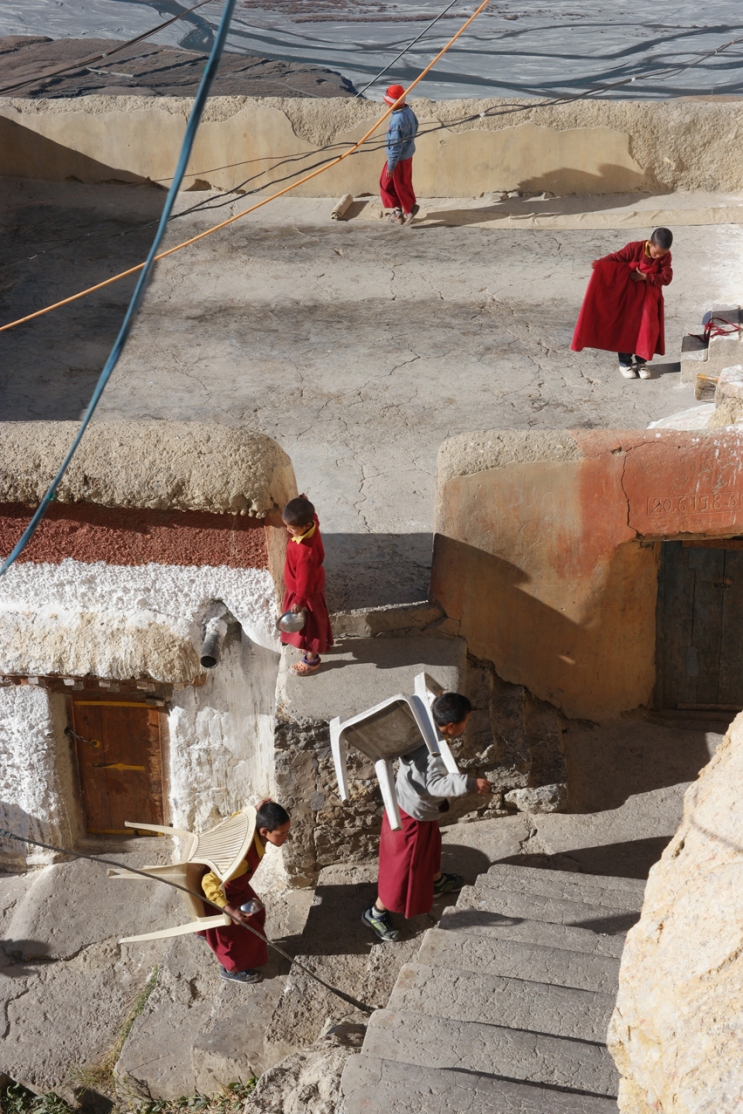 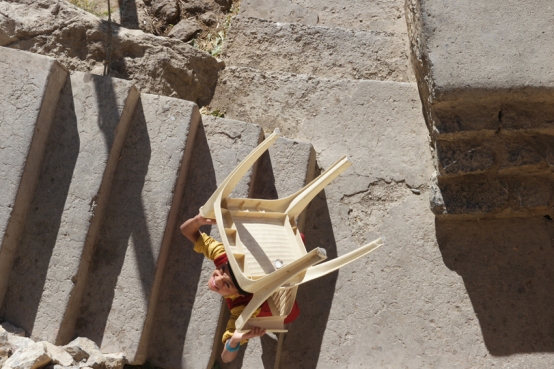 I rode on, alone, alone towards the lake. A sense of shame suddenly washed over me. “How dare you Trien? How dare you lie like that? You know well enough that you will never return to the main road, that you will definitely camp at the lakeside. How dare you be so selfish? After all, it is ‘his’ country, ‘his’ lake, and you want it all to yourself!”
That night I camped accompanied by Mister Guilt. 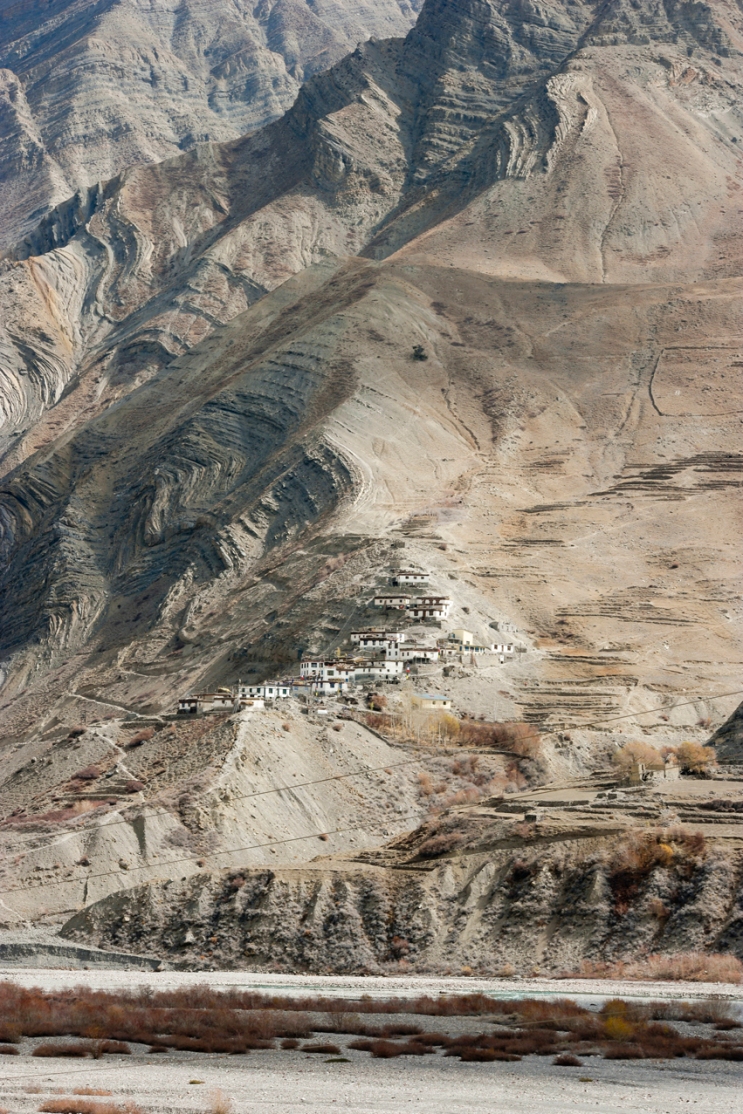 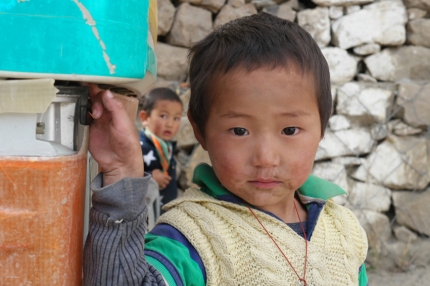 It was stunning over there, I needed another pair of eyes to swallow all the beauty that was surrounding me. But no time to waste, I had to act fast. There was a strong wind. Soon the sun would disappear behind the mountains and the ice would set in. So quickly I set up camp, prepared dinner and boiled water to warm my feet during the night. But also not to lose my tongue to a bottle of frozen water the next morning while I enjoyed the peace around the magical lake in that icy cold. 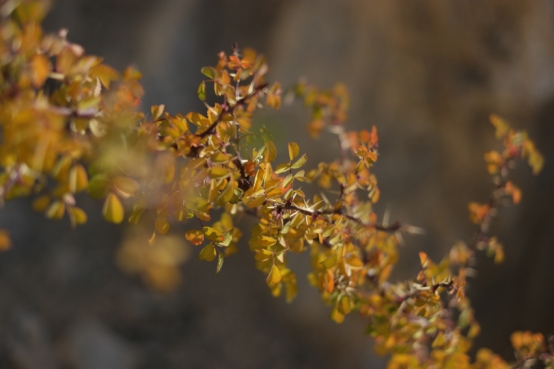 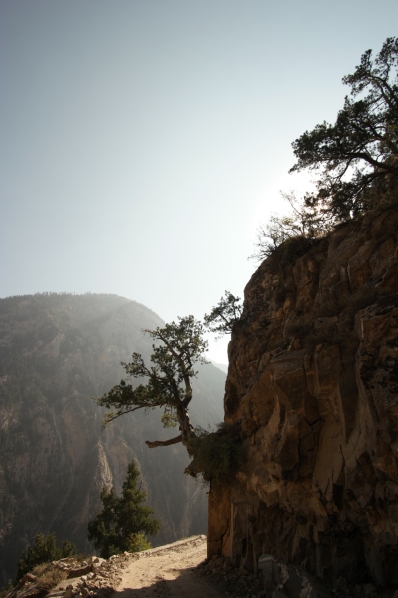 It was not only there, by the lake that I was blown away by the spectacular and majestic natural beauty. The entire Spiti Valley in Himachal Pradesh moved me immensely. Also attending an inauguration of a stupa, the encounter with Lhamo from the Girls’ Hostel and the invitation to a Buddhist wedding party were more than appreciated. And no, that was not only because of the paneer pakora or dal bhat that was lavishly offered amongst all those hospitable souls. It was also the surprisingly rough landscape that, unlike its gentle, modest inhabitants, offered me a truly beautiful and most memorable time in India. Thank you, Spiti, dhanyavaad! 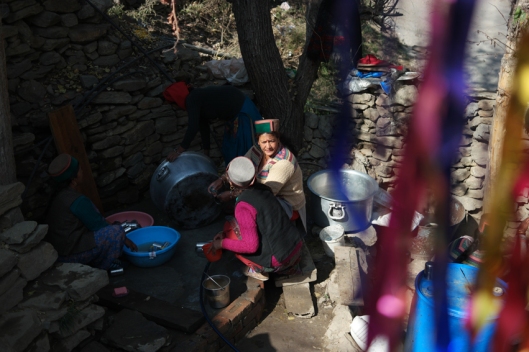 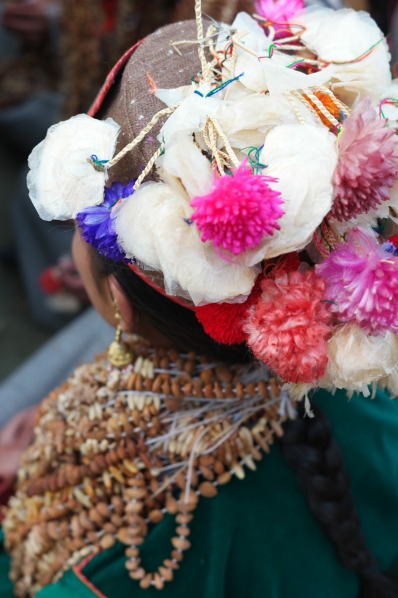 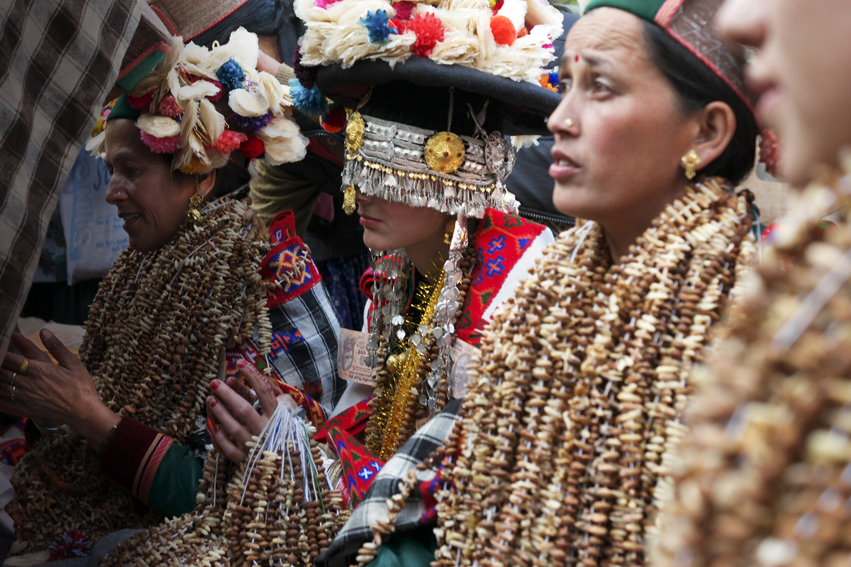