I melted. Despite it being barely fifteen degrees.
I felt the warmth. The warmth he had for his country.
I heard it in his words. His beautiful words. The words of an eight-year-old boy who proudly spoke to me in English: “We are poor, but rich in nature!”.
Wise words about his country, his Nepal. 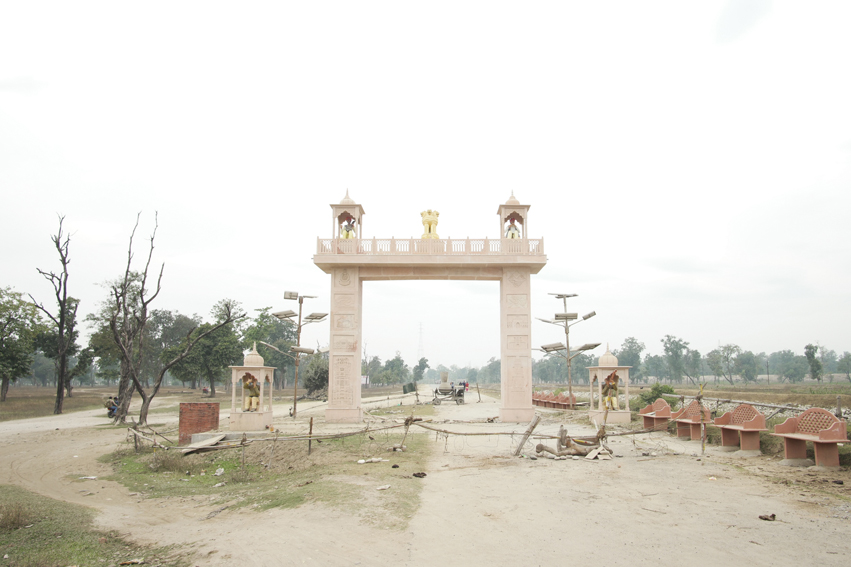 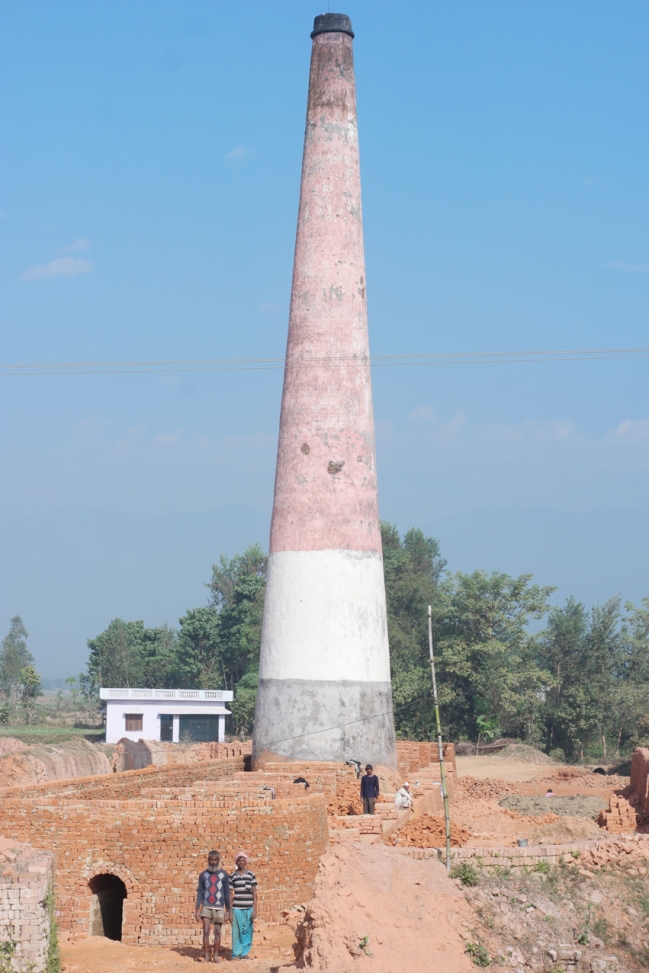 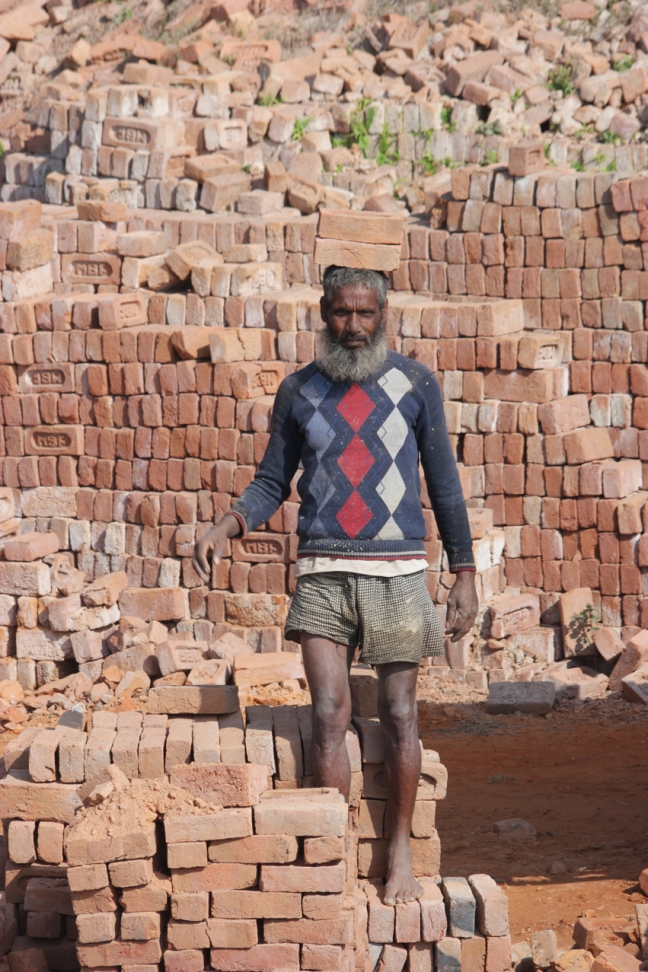 This Nepal that was fairly unknown to me.
Seventeen years ago I was travelling to Tibet and passed through Nepal. But the memory of it was so vague that I allowed myself to colour a white sheet with new words, images and stories. 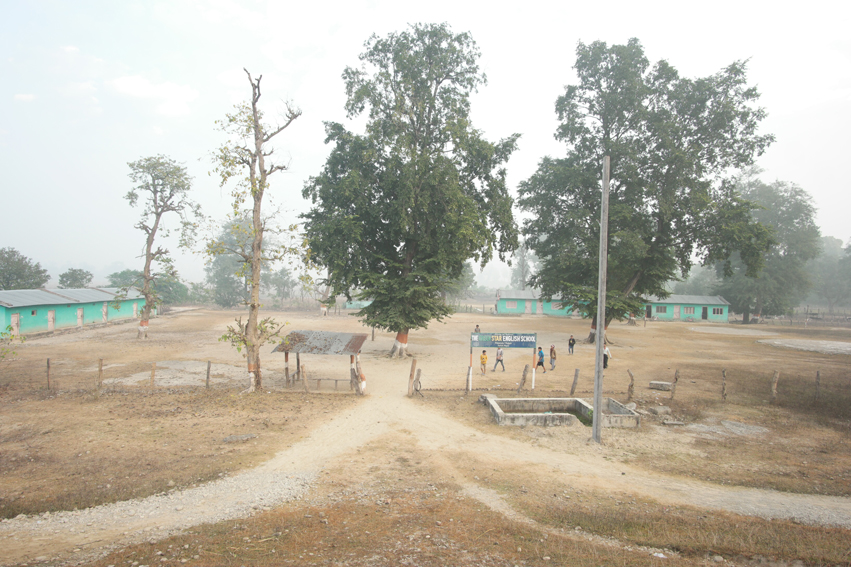 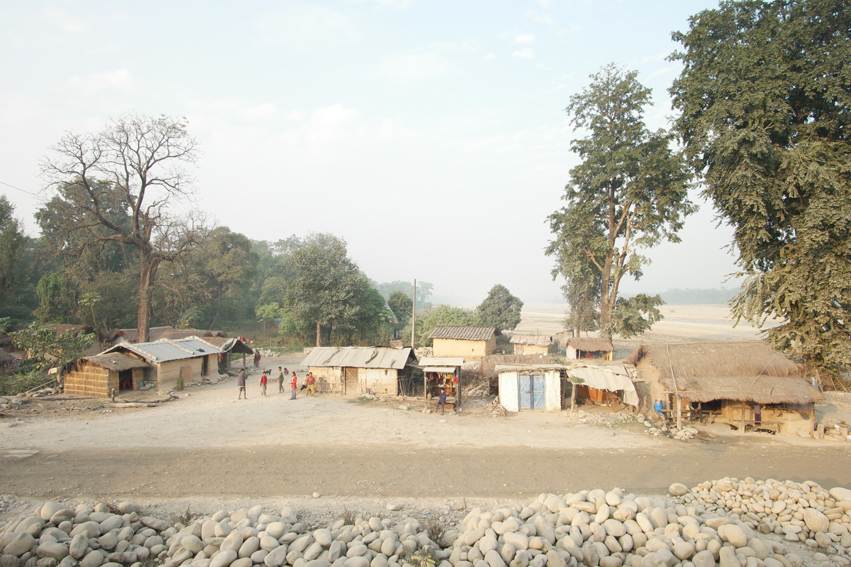 It was my second day on Nepalese soil.
I had crossed the border from Banbasa. Although the breed of monkeys at the border post looked the same, you immediately saw a difference. The boys were more macho, girls had coloured lips and the road surface could also use a layer of make-up.

I was in a rush to get to Pokhara and could not find smooth connections offroad – so I took the main road, against all my usual principles. My allergy to roads and traffic was about to be challenged on great proportions. 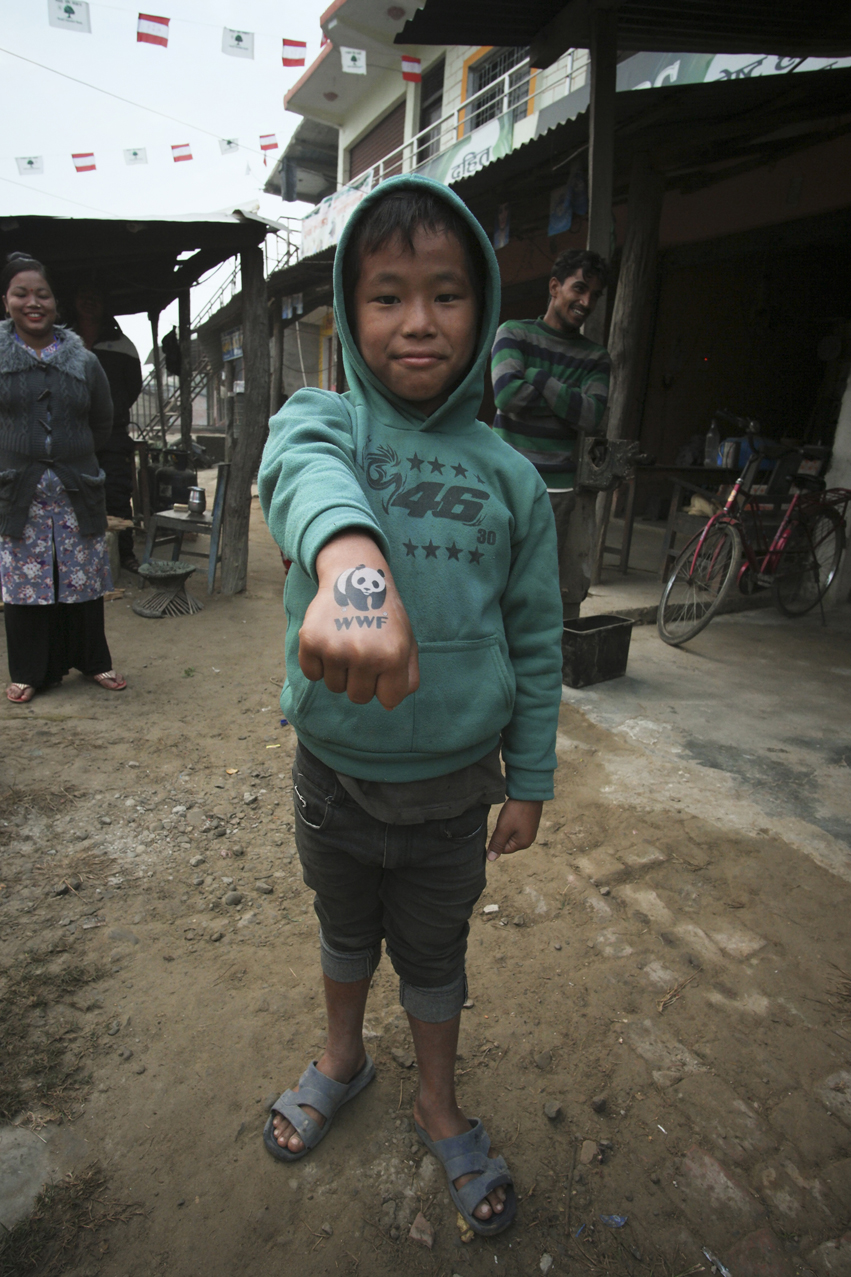 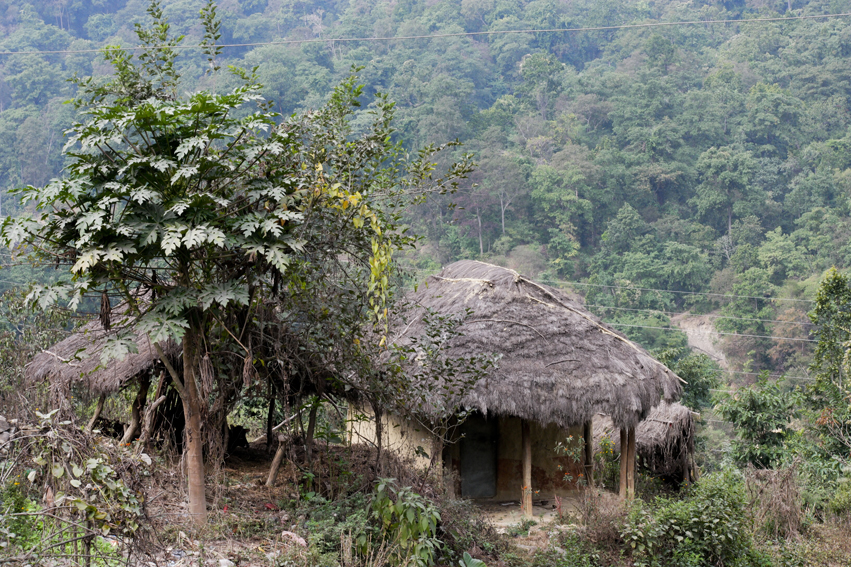 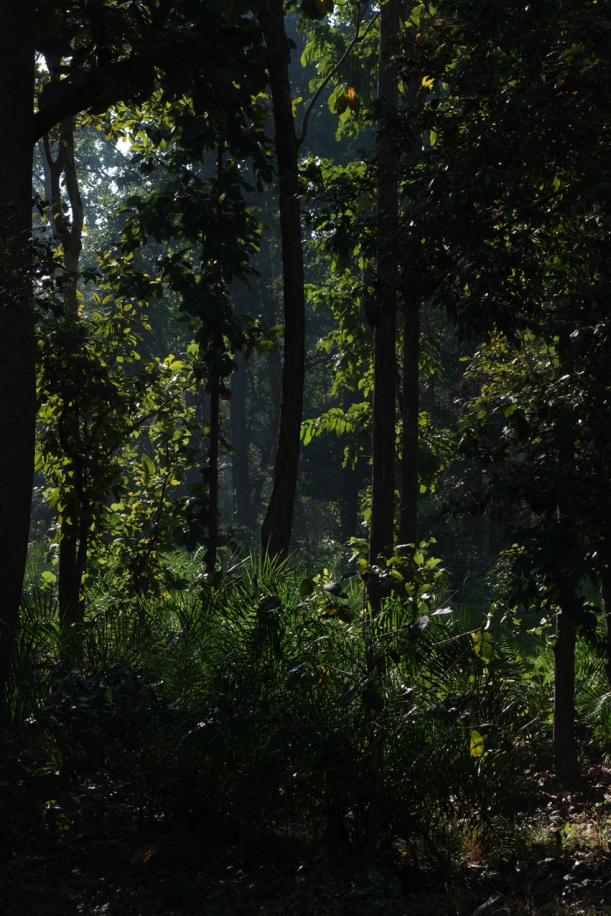 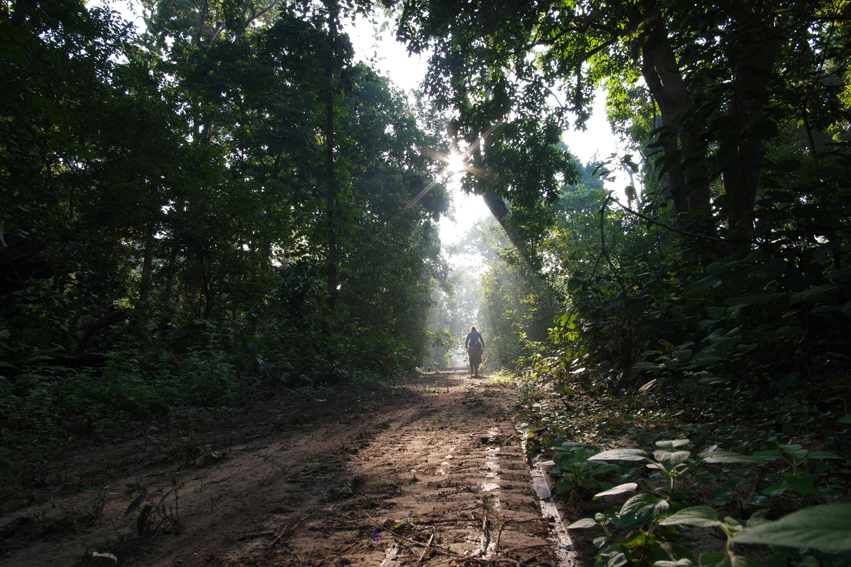 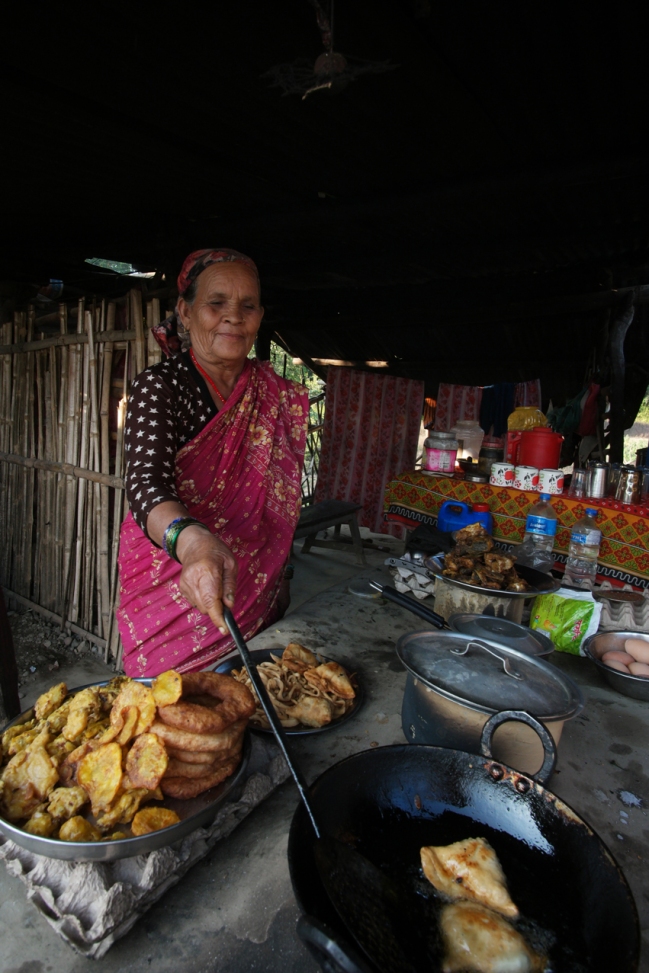 There were elections. Streets and buildings were decorated with flags. On the day of voting, all motorized traffic was forbidden. A salvation, a godsend! 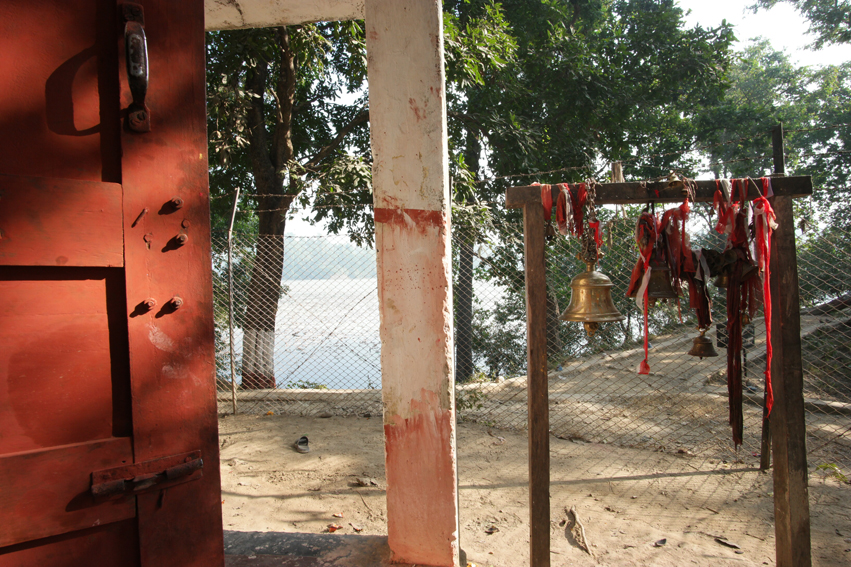 Villages and towns were built along the main road. Sometimes big bazaars or shabby hotels popped up, and other times huts that make you think that you’re in Africa. I cycled through tropical jungle greenery, past sunbathing crocodiles and frightened monkeys. I heard ‘Hello’ or ‘Namaste’, dogs barking and protesting oxen that people pulled on a cart. 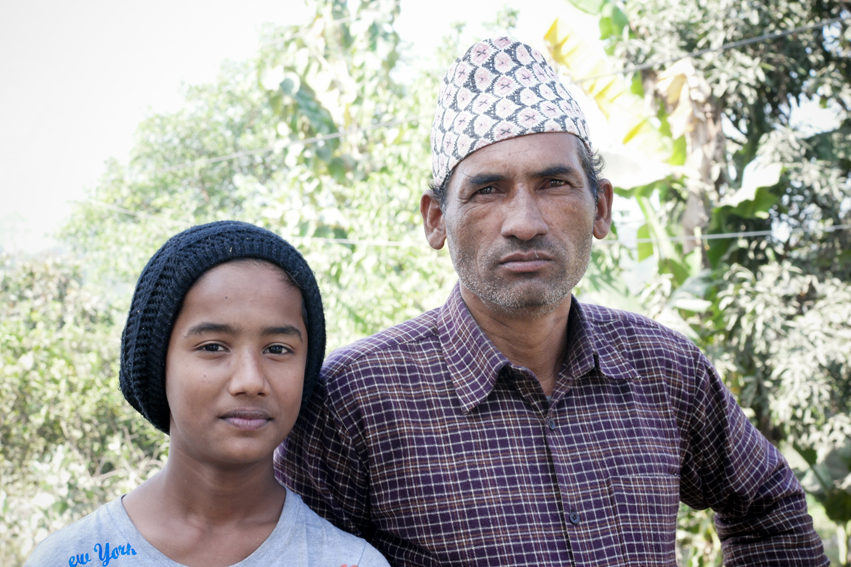 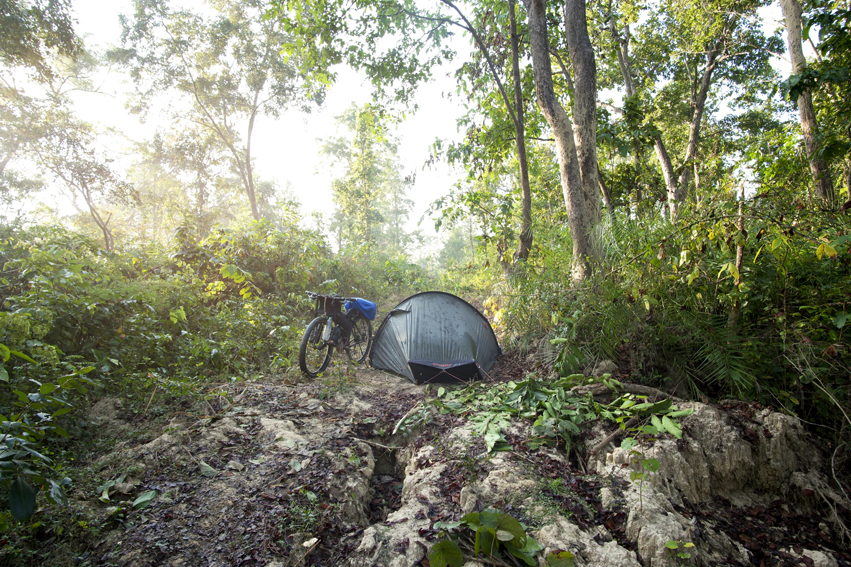 “We are poor but rich in nature!”. Words that moved me on that second day, that hit the nail on the head and to which I would later add something.
Nature in Nepal is indeed priceless, but the real treasures are their people. Treasures that always shine, even from below a layer of blowing dust. Nepalese are extremely friendly, warm and good-natured. A ‘Namaste’ and a smile are expended daily. An invaluable wealth that many in the West, unfortunately, do not possess. 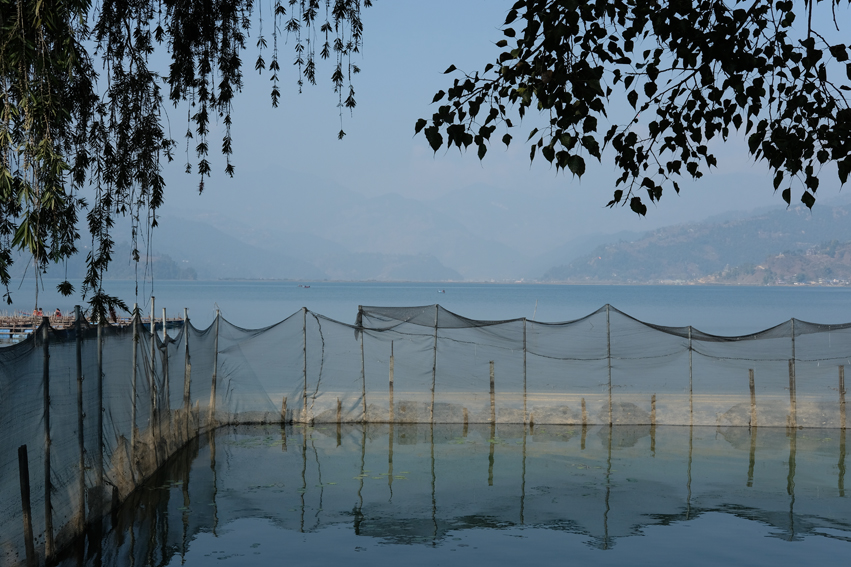